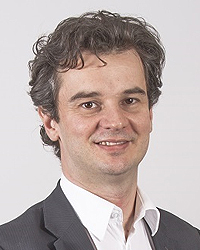 Nicolas is the Chief Program Officer at the Marine Stewardship Council (MSC) and has been with the MSC since 2002. During this time, he has played a key role in enabling the MSC to go to scale and increase the impact of its work towards a sustainable global seafood industry.

In 1994, after graduating from the French Business School EDC, Nicolas started his career in international business at the French Chamber of Commerce in South Korea. In 1997 he was appointed Export Manager for leading French seafood processor, Cité Marine. Coming from Brittany – the main fishing region in France – Nicolas had long been concerned by the increasing impact of fishing on the environment and on people’s livelihoods. This led him to join the MSC in 2002 as the Manager for continental Europe. He later became the Regional Director of Europe in 2007.​

He is a member of the Marine Stewardship’s Executive Committee and is currently responsible for the development and delivery of its global outreach program strategy.