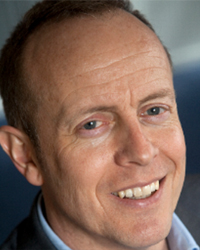 Steven Adolf (The Hague, 1959) is a researcher on tuna, economist, journalist and writer. Currently he works as a senior editor and Spain correspondent for the Dutch business daily Het Financieele Dagblad, the magazine Elsevier and several radio broadcasters. In his latest book ‘Tuna Wars’ (Springer, 2019) he unravels the millennia long, untold story of lage scale tuna fisheries and the current power struggles to make its industry sustainable.

Currently Steven Adolf is doing a PhD research on partnerships and governance of sustainable tuna fisheries and its impact on the tuna canning industry. The research is part of the BESTTuna investigation project at Wageningen University, The Netherlands.

With much more history than most of us realize, tuna has always been strongly related with massive power struggles of states and companies, including sometimes wars. As the first fish that was used to develop the commercial concept of fish conserving, tuna became the raw material for a large scale, processing industry that was started 3000 years ago by the Phoenician traders. They conquered the Mediterranean seas and traded salted tuna in a way that was the classical equivalent of today’s industrial tuna players on the global markets. Throughout history, tuna fisheries became an important money- maker and shelf food involved in geostrategical clashes. In the last decades the fights around tuna changed its character: it became became increasingly linked to questions of how to govern a sustainable fisheries and industries. In a world were the tools to make fisheries more sustainable are not exclusively managed by the state, other stakeholders in the industry have gained importance. At the same time sustainability became an increasingly important marketing-tool to sell your tuna products. This results in today’s Tuna Wars were the consumer often cannot distinguish were the quest for managing a more sustainable tuna industry transforms into a tool for defending strong commercial market interests.