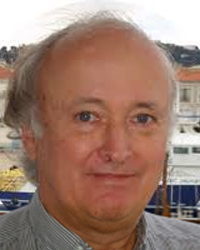 Dr. Alain Fonteneau, is a French scientist has been working on tuna and billfish biology and stock assessment since the early seventies at the Institut de Recherches pour le Développement (ex ORSTOM).

His research has been mainly targeting tropical tunas, but also temperate species and billfishes, through a comparative ecosystem approach that has been targeting the pelagic oceans world wide.

These analysis of the tuna stocks and fisheries world wide are conducted covering the entire period 1950 to now, based on a standardized world data base of all catch and effort data available.

He recently published a book on the history of tuna fisheries in the Indian Ocean Dr. Fonteneau has actively participated various times to the scientific committees or bodies of the 5 present tuna RFMOs, and he has published various papers on many of these fisheries problems covering all tuna species and all tuna fisheries.

Trends of yearly catches of each species by gear in the various oceans are analyzed. The permanent increase of fishing capacity of world tropical purse seine fleets is discussed. The main biological characteristics of tuna species are shown and discussed The high resilience of tuna stocks is discussed.

This conference also compares FAD and free schools fisheries active world wide. Great similarities are observed in the eastern Pacific, Indian and Atlantic oceans, while widely distinct pattern are observed in the western Pacific. In this area, free schools and FAD catches are showing similar species composition, while in other oceans totally distinct species composition of their FAD and free schools catches are observed. World skipjack catches on FADs have been permanently increasing in recent years. Yellowfin and bigeye are caught under FADs at small sizes, then reducing the MSY of all these stocks.

There is nowadays an increasing pressure on tuna RFMOs to reduce FAD fisheries and their various negative impacts on tuna stocks and ecosystems. However, most tuna stocks are estimated as being close to their MSY levels, while most skipjack stocks are estimated to be still in good shape. This quite good status of most tuna stocks is due to the biological characteristics of tunas, mainly to their migrations in vast and deep oceanic habitats. However, several of the tuna stocks status diagnosis remain widely uncertain because of various serious problems and because the tuna biomass cannot be measured by scientific direct methods.

Various examples of errors or uncertainties in past stocks assessment analysis are shown and discussed.